Monkey Finds the Venus of the Oldman River, 2017 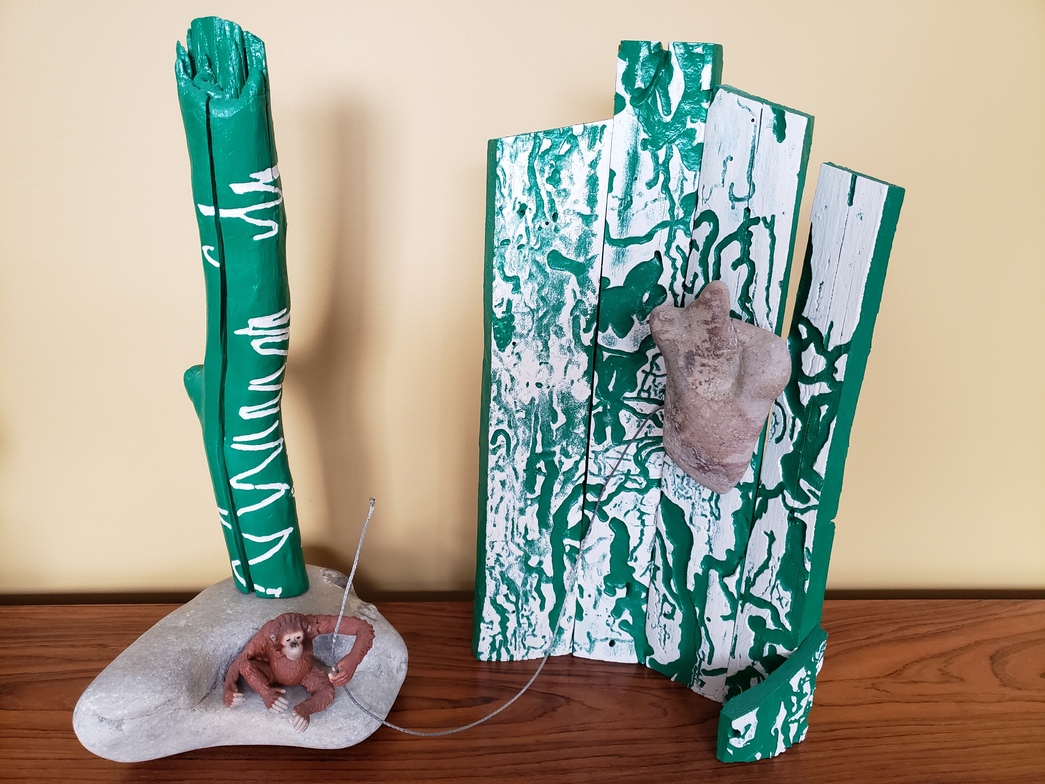 It has been said that great art needs no explanation. But since “Monkey Finds the Venus of the Oldman
River” does not qualify as great art it requires some explanation. It is part of my ongoing series of Hunter Gatherer, Monkey and Textural compositions. Venus, a Venus figurine-like female torso, ancient symbol of fertility and procreation, is a cobble of limestone resembling a limbless torso that came from the Oldman River. She is suspended within the wormwood forest; a textural study of beetle larva burrowings from the beneath the bark layer of a deceased balsam tree.

Monkey reclines comfortably on a valour sofa that is a cobble of limestone from Bragg Creek. I had to
take some artistic licence with monkey since monkey is an orangutan. It was the closest that I could
come to a seated primate of the appropriate size. Monkey holds on to Venus with a steel cable as he
does not want to lose his treasured Venus in the wormwood forest. Behind monkey rises his totem; a
barkless tree with zigzag beetle larva burrowings rising along it.