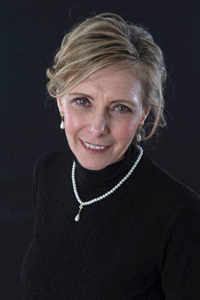 Friday - Keynote speaker - Catherine Glaser-Climie,Founder / Artistic Director of the Cantaré Children’s Choir Program,  is no stranger to the choral community. For more than thirty years she has nurtured singers through her acclaimed work with choirs. Choirs under her direction have won awards at the local, provincial and national level and regularly perform with the Calgary Philharmonic Orchestra and Calgary Opera, and are frequently heard on radio and television. In addition, her choirs have been invited to perform at many prestigious events: ACCC Podium; Organization of American Kodály Educators; Choral Music Experience International Symposium; Alberta Music Conference; Alberta Choral Federation; Kodály Society of Canada National Conference; and the Alberta Kodály Association Conference. Ms Glaser-Climie’s choirs have received invitations to prestigious events in Canada, the United States, Europe and Australia. Having earned a Bachelor of Music [Voice] and a Diploma FA [Kodály] from the University of Calgary, Ms. Glaser-Climie utilizes extensive experience in choral conducting and Kodály pedagogy. She has pursued advanced studies in voice, piano, organ, flute, choral conducting and Kodály pedagogy. She is able to combine her own extensive musical experience with a remarkable ability to train and motivate others, based on a genuine affection and respect for each singer. A deep conviction that ordinary children can achieve extraordinary heights guides her singers in the pursuit of excellence, resulting not only in the nurture of musical development, but also unprecedented personal growth, which instills confidence, poise and determination. Eric Dawson of the Calgary Herald said this of Catherine Glaser-Climie, ”Anyone who thinks that children’s choruses can be – or should be – condescended to have not heard the young people trained by Catherine Glaser-Climie. This was not a quaint display, it was evidence of quality, discipline and hard work in a varied and challenging repertoire.” ”The rapt attention Ms. Glaser-Climie earned from her charges was reflected in their singing. Most impressive, quite apart from a security of intonation you would hardly expect from singers so young, was the attention to words.” As a singer, Ms Glaser-Climie has performed as a soloist in a three concert series with the Calgary Philharmonic Orchestra. She was featured in recital with the highly-acclaimed Beau Quartet, and at the U of C New Music Festival. In recognition of Ms. Glaser-Climie’s significant contribution to the choral community, she was awarded the “ConSpirito Award”in 2006 by the Alberta Choral Federation and honored by the Association of Canadian Choral Conductors. Ms. Glaser-Clime is well known to audiences through her decade of work at Mount Royal College Conservatory, where her vision guided the Junior Children’s Choir and Songsters to national recognition for excellence, having won numerous awards at the local,provincial and national level. Recognized as a leader in the development of curriculum as an early childhood music specialist, Ms. Glaser-Climie also instructs the  Kodály Music Explorers Program for 3 –7 year olds.  This unique program offers young children the ability to explore the magic of music through a singing approach. Previously, she was cofounder and instuctor at Cantate Music School for 12 years and coordinator of the Mount Royal college Conservatory  Kodály Musicianship Program. She was featured as a presenter at the International  Kodály Symposium in 1991 and invited to sit on the Symposium’s Panel for Early Childhood Music Education. Ms. Glaser-Climie has been a frequent clinician/lecturer for the Alberta Kodály Association and the Kodály Society of Canada. Ms. Glaser-Climie’s dedication to church music is evidenced by a life-time of service to the church. She served Shepard King Lutheran Church for nearly twenty years, five of which were as fulltime Minister of Music. Currently she serves as Minister of Music at Lutheran Church of the Cross. She represented Canada at an International Symposium on Lutheran Hymnody.  At the National Lutheran Worship Conferences, she presented sessions on children’s choirs and was thrilled to serve as organist for worship services. In great demand to share her expertise with all levels and ages,and known for her captivating warmth and enthusiasm, invitations to appear as adjudicator, lecturer and clinician have taken Ms. Glaser-Climie across the country. She is an active member of many choral and music education associations, and has served as a board member at the local, provincial and national level.

Nov 30
CLWR Service of the Word